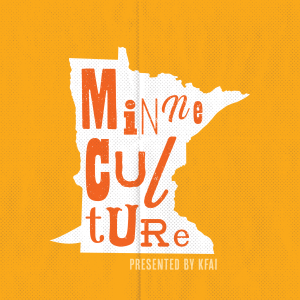 KFAI is an independent radio station located in the heart of Minneapolis. From Fresh Fruit (the nation’s longest-running queer weekly radio show) to HmongFM to Disability and Progress, KFAI 90.3FM has long been the frequency for community conversations in the Twin Cities.

Sophie Nikitas is an independent audio producer and a longtime contributor to KFAI. She helps produce the third season of KFAI’s podcast, Minneculture, which brings together some of the best arts and culture reporting at KFAI from the last year into a fun, vibrant podcast.

What I love about producing Minneculture is that we provide listeners with a window into a Minnesota that they might not know about. We strive to make fun, engaging, and super original stories that you wouldn’t hear anywhere else; stories where you experience the sounds and smells of the state in a new and exciting way.

In celebration of the upcoming third season of the show, I curated a list of podcasts that give me a window into other states–focusing on places that tend to get a little less media coverage than, say, New York or L.A. These shows from Vermont, Utah, Wyoming, and more, drop you in the middle of somewhere new and lead you around, introducing you to new people and showing you side streets.

This is by no means an exhaustive list–if you have other suggestions, tweet me at @snickertas. I’d love to add more shows to my RadioPublic queue!

View, follow, and listen to the whole collection of shows on RadioPublic, available on iOS and Android.

Our little show started with a simple concept: we wanted people to be able to access the stories that air on KFAI through their podcast feed. From there, the show has evolved into a sound-rich dive into the arts, culture, and history of Minnesota. Each episode weaves together standout stories under one theme; think This American Life, but about Minnesota. My favorite episode so far, and the one I’d recommend that you start with, is Minnesota Love Stories. In it, you’ll hear two very different pieces with the same core theme: the first is about a Congolese couple who, separated by the ocean, sing to each other over the phone. The second, the members of the band Kitten Forever discuss their journey from friends to feminist punk icons and bandmates.

This podcast feels like host Erica Heilman is putting me in her pocket as she goes about her daily life in Vermont. You can enter a pep rally in Burlington, or drive along with a defense attorney wrestling with a challenging murder case. Whichever episode it is, you’ll hear raw, honest stories of Vermonters going through their daily lives. It’s sometimes funny, sometimes sad, and always intimate and beautiful.

HumaNature, the award-winning show out of Wyoming Public Radio, is all about moments when humans and their natural environment meet. Each episode, someone tells host Caroline Ballard about a transformative experience they’ve had in the outdoors–from getting lost in a dangerous mountain pass to moving to Wyoming after a decade in New York City. Most stories range from “wow that’s terrifying and I hope to never find myself in that situation” to “I would love to have the same overwhelmingly beautiful experience.”

Out of the Blocks (Baltimore, Maryland)

Listening to Out of the Blocks is like getting plopped down into the streets of Baltimore. You can enter a beauty salon run by two best friends, hear the flap of pigeon wings as grown men race them at sunset, and practically smell the food frying at American Wings & Pizza (2400 St. Paul St, Baltimore, MD, the owners tell you). It’s stories told by Baltimore residents about the very place and moment they’re in, and it’s wonderful.

Arc Stories isn’t exactly intimate–people tell their stories on stage to a live audience–yet they are personal, visual, and often very funny. When I listened to two storytellers tell me about Hot Summer Nights, where they scraped up their uncle’s car and took care of their ailing mother-in-law, I could practically feel the humidity of an Alabama evening on my skin.

We Live Here tackles questions about race and class in St. Louis. The hosts are really good at having frank, engaging conversations about how these seemingly large topics play out in the day-to-day lives of St. Louis residents. In one of my favorite episodes, they ask a bunch of students from a mostly black high school to talk about their experience spending a day at a more affluent, mostly white high school, and use that as a springboard for a larger conversation about bias and bridging across racial and socioeconomic differences.

What I like most about Neighbors is hearing the stories of people I never would think to stop and talk to. Host Jakob Lewis introduced me to the man who plays his tuba in the tunnels of Nashville, the woman who immigrated from Honduras for a man but found love with the restaurant business, and the fitness instructor who makes the people who attend her classes feel like they’re in church. I appreciate the intention and care that this show gives to people living their daily lives who have incredible stories to tell.

Home of the Brave (Utah and beyond)

Home of the Brave is a collection of stories produced by Scott Carrier–the Peabody Award-winning, This American Life-contributing journalist with an incredibly distinct voice and style to his radio work. Even though many of these stories were aired on NPR’s flagship news shows, Carrier’s stories sound nothing like traditional public radio: you can accompany him as he paddles down the Green River Lakes (completely unprepared and getting in trouble for resting on someone’s haystack along the way), or ride with him as he’s turned away from exploring the ominous, NSA-run, phone call-and-email-collecting Utah Data Center (“we just want to look!”). Carrier is based in Utah, but since it’s a collection of his past and present work, you’ll hear sounds and stories from all over the country.

Want to create your own collection of shows that dovetails with your area of interest? Add shows to your Smart Folder on RadioPublic, then inform the Podcast Librarian of your collection: librarian@radiopublic.com.